Scientists have two little friends,
As pure as driven snow,
But everywhere that distance goes,
Time is sure to follow.

Scientists tell you that it takes 640 years of time for light, travelling through space as a wave at the constant speed of light, to bring you the image you see on a starry night of the star, Betelgeuse. That is obviously wrong because you see all stars as soon as you look. Why do they tell you something so obviously false?

The image you see of Betelgeuse is 640 years old but that does not tell us how it gets in to your eye whenever you choose to look. To answer that question it is necessary for time and distance to be combined and then scientists would no longer be able to make theories. If scientists were no longer able to make theories we should no longer have anyone telling us to believe such nonsense as that it takes 640 years to see an image from Betelgeuse, and that would be fine because science based on what we see provides a simple explanation of how we recall the images of stars and planets.

In 1676, a long series of measurements revealed that as the Earth goes on its annual journey round the sun, and its distance from Jupiter first increases by approximately the diameter of the Earth’s orbit, and then decreases again by the same amount, the astronomical clocks (orbits of satellites) of Jupiter as seen from Earth, vary also. As Jupiter and Earth move further apart in distance, their clocks move further apart in time. As they move 186 million miles further apart, their clocks move 1000 seconds further apart in time. Distance and time are yoked together and no worthwhile science can avoid recognising that. The traditional science of uncoupled distance and time and theories based on them is therefore at an end.

Fig 1: How distance and time (depth in the past) change together.

Fig 1 shows how Jupiter is seen from Earth. When J and E are closest, an inhabitant of E sees J at B in the past and when they are furthest apart he sees it at C in the past. The broken arrow, parallel to EJ-past or the vector, (t+d), is his sight-line, the line along which he sees. Contrary to traditional science, we do not see in the directions N, S, E, W, etc, but in the directions N-past, S-past, E-past, W-past and that is why, when J and E move further apart, we see their clocks change too.

From each object in the present, a stream of potential images descends into the past and at the point where the sight-line intercepts the image stream an image of the object is seen by the observer using the sight-line. Because the image stream is tilted at 45 degrees to the past, the image of J is as deep in Earth’s past as it is far from Earth. For the same reason, astronomers, seeking very old images, look for objects very far away. In fig 1, the observer on Earth sees an instant image of Jupiter somewhere on the line BC.

By switching from d and t to (t+d) and (t-d), time and distance are removed and only EJ-past and JE-past remain. It is then impossible to make theories.

One may divide the (t+d) vector into two halves, one expressed in metres as 93 million miles and one in seconds as 500 seconds. Seconds and metres are both units of EJ-past and JE-past with a ‘second’ equal to 300 million ‘metres’. 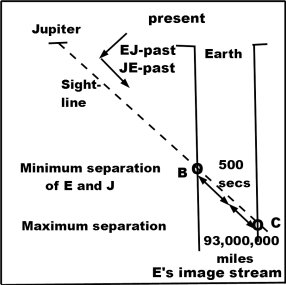 Fig 3: The view of Earth in Jupiter’s past.

Fig 3 shows how Earth would be observed from Jupiter along J’s JE-past sightline in Jupiter’s past. Figs 1-3 are perfectly compatible with instantaneous recall of images from the past.

The story that images of stars arrive at our eyes after long journeys across the universe carried by light waves travelling at a finite speed, is therefore wrong. Do scientists believe it themselves? I don’t think I ever did but I’m not sure.

This is therefore my key article with the clearest issue.

Thank you for sharing it with me.