On a clear dark night in winter, a person in the northern hemisphere sees a sky full of stars, slowly rotating round the pole star. As they rotate, the positions of all the stars, near and far, are continuosly refreshed, minute by minute.

What scientists think we see

Scientists tell us that the images of stars are carried to us across space by light waves travelling across space at the speed of 186000 miles per second and that for even the closest stars the journey takes several years while for more distant stars it takes thousands or millions of years. This article describes what we see and why scientists think we see something very different.

Explaining what we see

First, I shall explain photographs like fig 1 which shows a woman walking along a corridor lined on both walls with mirrors. (The photograph is taken from Wikimedia Commons Infinity mirrors, courtesy of its author, pcdazero.)

Fig 1: A photograph of images created over a short period by a pair of mirrors.

We learn two things from fig 1. First, we learn that the past is visible and can be photographed, and second, we learn that scientists are wrong because 186000 miles per second is not the speed of light-waves through space as they claim but the rate at which images descend through the visible past.

Fig 2 explains image streams like those in fig 1 by a simple geometrical construction.

Fig 2: A simple construction which explains the form of image streams.

A and B are two points on an object sited between mirrors 1 and 2. Two lines are drawn from each point. One is a straight dotted line descending directly into the past and the other is a zig-zag line descending at 45 degrees into the past and changing direction  every time it passes through an image of one of the mirrors. Each dotted line is a continuous stream of potential images of the point from which it descends. The other line is an image converter. Wherever the second line passes through the first line, a potential image is converted to a visible real image which everyone between the mirrors sees. The converter lines perform a similar function to a television screen. When suitably activated they produce observable images from potential images. Nature’s television screens display images of the visible past. The consequence is that everything we see is in the past.

We learn one important thing from fig 2. We learn that image converter lines descend into the past at 45 degrees.

Fig 3 shows how we see the stars. Since there are no mirrors, a person’s converter lines descend into the past at 45 degrees along the directions north-past, south-past, east-past, west-past, up-past, down-past and the directions in between these six. They descend for ever, formng a universe-wide 4-dimensional cone. 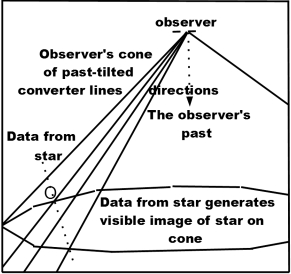 Fig 3 A person’s visual data cone (VDC) and the visible image of a star.

When a person’s VDC is fixed in the Earth it extends from the person to the boundaries of the universe in the six Earth-fixed directions, north-past, south-past, east-past, west-past, up-past and down-past and all the directions on the cone between these six.

There is no reason to suppose that there is anything special about converter lines. It is sufficient to suppose that conversion from potential to visible images occurs where a certain geometrical relationship of star, observer and their pasts, is satisfied.

The human inability to sense the past

Humans are unaware of the past. A person looking at the stars along the directions north-past, south-pas, east-past etc generally thinks that he is looking along the directions north, south, east etc and so loses the multiple levels of the past. Long ago, probably well before man appeared, some primitive creature filled the gap with the idea of time and that idea entered human languages with many related ideas. Ideas have their own geometry which is different from the geometry of observations

The two geometries of theories and science

When science began people tried to explain observations (data) with the ideas and geometry they found in language and this tradition continues to this day. The consequence is that traditional science consists of theories, not science and science consists of data, not theories. With different geometries, science and theories are like immiscible liquids. They do not mix.

You can make theories with ideas but you can’t make science.

You can make science with data but you can’t make theories.

Thank you for joining me.